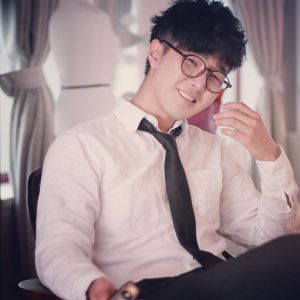 Wonsergen (1sagain, real name Park Jin-woo , November 2 , 1982 ~  ) is a hip-hop musician from Korea. He debuted in 2000 with eMeNeX, a three-member team, and started his solo career in 2002. He is currently a member of the label Neuron Music . He is a graduate of York University.

1sagain made his appearance in the hip-hop scene in 2000 when he formed a three-team eMeNeX with  daDa the Maniac and i2u2me.  At the time, the development of the Internet led to a growing number of so-called "Internet Unders" playing songs on Minet and Jungle , and eMeNeX was one such team. The first time they participated in the album was through MC Hansae 's first album, which also began their activities in the jungle. On the other hand, 1sagain had a strong solo career among the three, and in 2001 he participated in the compilation EX album as a solo song `` Remix '', and his `` Last MC '', which he released online, was particularly well received. Lee Sang has a good record.  As a result of his work, he released his first solo EP in 2002, receiving a love call from "Most Large Record Label"  , and in 2003 he released his second EP Break Out, which was a part of composing, writing and arranging alone. It was.

In 2004, 1sagain was working on a second Internet EP ZERO , which would be freely available on its homepage.  The following year, he released another Internet EP Negative , and he was briefly caught up in the suspicions that Goodbye pt.2 released silver support , but the album itself was not a big issue.  The digital single Bounce, which was released later in the year, produced only minor reverberations.

In October 2006, 1sagain released the digital single Good Day, which was brighter and more popular than the dark music he had tried so far. As a result, the public's response was also relatively good, making it the top performer in the music charts of various sites. In 2007, he released a digital single, After Love. The song, which included rookie vocal Jubora, was also produced and distributed by myself.  He received the best response among 1sagain's songs so far and won the Cyworld Music Award Rookie of the Month. However, the song has some BoA Moon & Sunrise and plagiarism applications, and 1sagain himself was dissatisfied with the sound and quality, so he stopped the digital music streaming and cheated the fans. The song was later produced as a digital single prior to the release of 1sagain's first full-length album.

1sagain, who has secured a strong fan base, released the first regular album  Once Again in 2009. In the music video of the title song My Love at the time, the actors Kim Jung-hwa and Kim Hyung-min starred. Since then, his style has mainly become an emotional and popular love song, and he has released six digital singles in a row until March 2011. Donnie J worked closely with almost every single. In early 2010, he produced the self UCC 1sagain & again , and seven episodes were released until February 2011.

Already in November 2010, while working on After the Love, he announced that he was working on a mini-album, and next month he announced that he had founded a new label Neuron with Donnie J.  They announced the beginning of the Neuron Series, a neuron's first project, instead of 1sagain's mini-album, which will consist of a variety of over / under singers and hip-hop-based crossover styles of music. . The first piece of the Neuron Series was with Peppertons guest vocal Kim Hyun-min, which was released in December 2010 in digital single format.

In 2011, Neuron Music announced that it will soon release the compilation NeuroN Presents vol.1 , and the first single, Depression, is now in digital singles in July.  The compilation was later released under the name Neuron Days in December 2013. In September, 1sagain's 〈Now Were Tired〉 was released as the 8th of STi's RH-Project. In addition to the Neuron Music compilation, he released his second full-length album in November 2011.

In 2013, he released his third full-length album, three digital singles and his first mini album Recall , and expanded his activities, including directing music videos for Kim Jin-pyo , Can and Hello Venus .  In early 2013, Acoustic Arranged "The One Sergen Band," "Looking at the Phone" and "I'd like a Cup of Coffee," as an acoustic single.