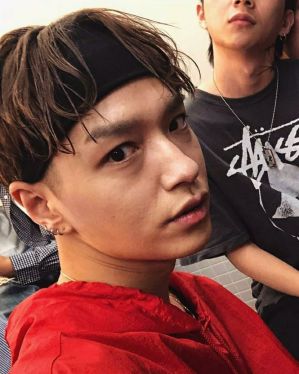 Simon Dominic (사이먼 도미닉) is a South Korean rapper under AOMG. He debuted as part of the hip hop duo Supreme Team in 2009.

– He was born in Busan, South Korea.
– He was first known as an underground rapper under the name K-Outa.
– He is the former co-CEO of the independent record label AOMG. He resigned as co-CEO in July of 2018.
– His stage name is a combination of Simon, Wesley Snipes’ character from the movie Demolition Man, and Dominic, his baptismal name.
– He is a former member of the hip-hop duo “Supreme Team”.
– He appeared as a producer along with Gray on the 5th season of Show Me The Money, producing the winning contestant, BewhY.
– He would like to study English.
– Simon believes he is the kind of person who has to work since it helps with his insomnia.
– He joined AOMG after DJ Pumpkin and Gray approached him about it.
– When writing his songs he writes the lyrics first and then adds a beat to them.